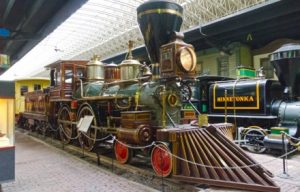 By Dan Reale, CEO of Aviso Insurance, LLC
Malpractice Insurance – How it All Began

Five years after George Washington’s inaugural in 1794, the US saw its first medical malpractice case. The plaintiff claimed a doctor promised to do an operation skillfully, but instead did the opposite. The plaintiff’s wife died as a result of the operation. He won and was awarded 40 pounds (US $5,675.50 back then).

The purpose of medical malpractice insurance is to insure healthcare professionals for any liability arising from the care and treatment of their patients. Before malpractice insurance was developed, the first public casualty insurance originated for train travel in early 19th century England. Many train accidents back then caused serious injury to passengers, which led to fear and distrust of train travel.

Malpractice insurance developed for the same reason that casualty insurance became so successful for early train travel. The public trust with early physicians and the practice of medicine was sorely lacking before the American Medical Association (AMA) was founded in 1847. Physicians in this country had no formal medical education or training. Early medical students were often illiterate and had little or no prerequisite educational requirements to study medicine. The physicians’ ability to earn a satisfactory income was limited due to this poor public trust. Patients would often barter for the lowest medical fees because physicians lacked credibility to cure most ailments or even to relieve their patients’ suffering. Average life expectancy was only 47 years of age before the turn of the 20th century.

Before malpractice insurance, if a patient had a bad outcome then the physician was often at risk of physical harm from a family member or friend of the patient. Physicians welcomed malpractice insurance for more than financial protection since their physical well-being was also at stake. Now that patients could recover damages caused by medical error, greater emphasis was placed on safety and standards of care. The public’s trust in the practice of medicine increased greatly. Lawsuits against physicians, although not welcomed, would further ensure that standards of care were not only met, but improved.

The concept of suing doctors caught on in the early 1840’s. This period coincided with an explosion of medical advertising that exaggerated claims of medical cures. Lawyers began to realize the opportunity of holding physicians accountable for their patients’ health. In a recorded malpractice survey in 1878, Eugene Sander, M.D. from the state of Maine cited the growing anti-lawyer sentiment by stating that malpractice attorneys “follow us as the shark does the emigrant ship.” This sentiment illustrates the early rivalry that existed between physicians and attorneys that continues to this day.

The practice of filing lawsuits and recovering large verdicts became an industry unto itself in the early 1970’s. The rules restricting lawyers from advertising were loosened in the 1970s, creating an explosion of direct marketing campaigns by lawyers that centered on suing physicians. We have experienced three malpractice insurance crisis cycles since then and many insurers were lost.  For this reason, physicians should trust only the strongest insurers and avoid less capitalized startups that cannot weather these storms.

The top malpractice insurers today utilize the best claim management teams that will hire only top-performing “outside” attorneys to defend physicians. A good malpractice defense attorney must perform to the highest standards or the insurer will quickly replace them. Top malpractice insurers also provide Board of Medicine investigation defense, risk management services, government lobbying, medical society sponsorships, and much more for their physician policyholders.

Just as casualty insurance revolutionized early English train travel, a strong and stable alliance between medicine and malpractice insurance is crucial to our healthcare system. Although few physicians choose to “go bare” without coverage in the past, the vast majority continue to support all the benefits and progress that is achieved from this alliance. Today, malpractice insurance remains the most important component to protect both the physician and patient when unfortunate events arise even from the best practice of medicine.

Aviso Insurance is an independent agency that works for YOU, the medical expert. We have access to nearly all the medical malpractice insurance markets to serve you.

“At Aviso Insurance, we are proud to serve the many heroic professionals in our healthcare community.”